Have you had enough with the corporate world and ready to make a career move? Perhaps you are just finishing up high school and dread the thought of an office job. Becoming a master woodworker could be the answer to finding contentment in your daily job. Having trouble on where to start? Below are the steps needed to begin a new career as a woodworking professional.

Before we go any further, it’s important to explain the difference between a carpenter and a woodworker. Generally, a carpenter is thought of as being someone who typically builds structures out of wood, such as houses. A woodworker is described as someone who makes things out of wood such as furniture. Throughout this article we will cover both areas since they are closely related.

The term “Master Woodworker” or “Master Carpenter” is not an official title or certification that exists within the United States. The highest certification that someone can obtain is that of a journeyman. Other countries, such as Japan, do offer Master level training. This certification is both expensive and difficult to achieve.

To become a woodworker or carpenter, there are several skills that one should posses or work towards to improve upon. Below is a list of what we feel are most important: Those pursuing a certification in carpentry or woodworking have a couple of options available to them on how to reach their end goals. Typically the first decision is an individual will need to make is whether they want to go the 1) apprenticeship route or 2) post secondary education route. In order to become a professional level carpenter, an individual will need about 8 years of on the job training in addition to classroom training.

Though it’s not required, it is advised that you begin working with basic carpenter or woodworking tools before you you enter formal training so that you have a basic understanding of the tools you will be required to operate. It’s also a good idea to have a set of these tools for yourself. Have a look at this article to see the basic tools that I recommend any beginner woodworker or carpenter have in their tool box.

Both the education and on the job training to become a master woodworker and carpenter are very similar. The first educational requirement for anyone starting out in this field is to obtain a high school diploma or GED. Applicants to any program are required to be 18 when they officially begin training, but they can apply once they turn 17 years of age.

Next, it is common to take a role as an apprentice. In this role, the individual will work under the supervision of a journeyman to learn the basic skills of the job. The pay scale for an apprentice varies significantly by geographic location, but typically averages about 40%-60% of what a professional earns.

The requirements to graduate from this level typically include around 150 hours of classroom training and at least 2,000 hours of on the job work experience per year. Generally, it takes 3-4 years to fulfill the requirements of this role. There are only minor costs associated with the program related to book purchases for the training courses.

If you pursue an apprentice program through a trade union, there are typically monthly union dues that average less than $50 per month. The United Brotherhood of Carpenters is one of the largest trade skill unions in the United States. They have an extensive apprenticeship program in place to assist individuals in getting started in their career.

An alternative to the apprenticeship program is to attend a trade school, college or university.

Attending a trade school or technical college can cost on average $17,000, but graduates can expect to have fulfilled the apprenticeship requirements upon completion. Expected completion time is around 2-3 years.

Upon completion of the apprenticeship, the individual will become known as a “journeyman.” The responsibilities and expectations of an individual in this role will increase over those he had as an apprentice. The journeyman is expected to complete most tasks with little supervision as well as work with and train any apprentices on the job site. In order to graduate from this level, individuals will be required to complete a written exam. Tests costs can vary, but on average they are $500 or less.

In order to obtain a “master” level in either of these fields within the U.S., the individual should be viewed as an expert in their trade. Their work is expected to be consistently excellent in quality irregardless of the difficulty in task. Generally speaking, it is assumed that an individual needs at least 15 years of on the job experience to achieve this distinction. The highest paying states included: Hawaii, Alaska, and Illinois. Salaries in these states averages between $63,500 and $71,500.

The states with the highest salaries were centered around the New England states where cost of living is typically higher than the rest of the county. The states of Washington and Alaska also saw above average wages when compared to the average. Salaries in these states ranged from $45,000 to $52,580.

According to the same report by the U.S. BLS, the average salary of a carpenter is approximately $50,000 annually, which equates to $23.81 per hour. The top 10% of carpenters earn approximately $80,000 per year.

Current estimates show that there are around 290,000 people that are employed as woodworkers in the United States. About 40% of this group is centered in the furniture making sector of the industry.

Overall job growth is expected to increase slightly over the coming decade at a rate of less than 5%.

The Carpentry workforce is made up of 700,000 people. Interestingly, according to a report by the Census Bureau in 1999, only 1.5% of the workforce is made of up of women. This ranks it as the 4th most male dominant job sector behind only Heavy Machine Operators, Diesel Truck Mechanics and Brick masons.

The job growth rate for a carpenter is expected to remain average with the general American workforce and grow at 10% – 12% per year over the upcoming decade. Becoming a woodworker in the United States can be a great opportunity for the right person. There are numerous options available that an individual can choose in order to obtain the required training.

An area not covered in this article is going the route of a independent woodworker or carpenter. Depending on an individuals expertise, craftsmanship and knowledge of general business practices it is possible to start your own company. This route will provide more potential for greater earnings, though there is added risks of maintaining a profitable company. 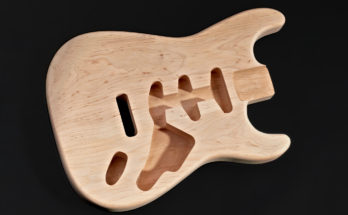