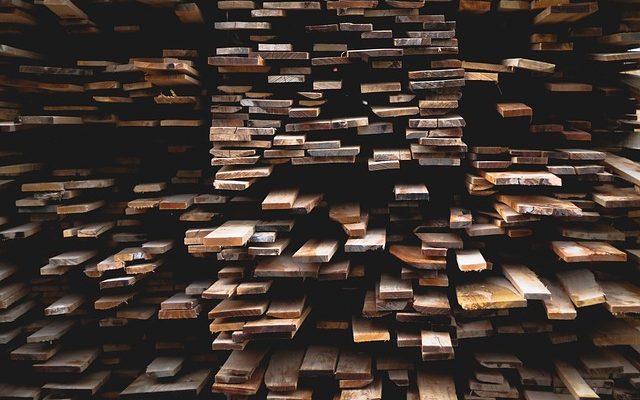 One would assume that a 2×4 board is just that, 2 inches by 4 inches. I mean if you buy a board that says 2×4, that is what you get, a board that measures 2×4, right? No, that is not right. When referring to soft wood that is milled and used for building, we call it by the nominal measurement and not the actual measurement. A 2×4 has been called a “2 by 4” since, well…forever.

Ultimately, the reason reason wood varies from the advertised size is due to the shrinking that occurs during the drying process. With that said, you’ll see in the article below that the method used to dry wood has the biggest impact on how much wood shrinks from the time it is cut into lumber until you find it in your local lumber store.

Originally, when trees were cut for lumber, they were cut into cants, A cant is the largest possible chunk you can cut out of a tree. The cants were then cut into straight planks that measured 2”x4”, or 1”x4”, or whatever size was needed. These planks were rough-sawn, left in their natural state after being cut into lumber, and set out to air dry. Wood that is air dried can still contain up to 20% of its moisture which makes it retain its original, or very close to its original 2×4 inch size, therefore referring to the lumber by its size was easy, direct and for the most part accurate… and a 2×4 was pretty much a 2×4.

As our country’s population and the need for housing grew, the lumber industry grew as well. Consumers began wanting more wood, more quickly and they wanted it to be “pretty”. The process of air drying the wood was slow and not overly effective since wood is hygroscopic, meaning that the wood absorbs the moisture from the air around it. This led to kiln drying the lumber in order to speed up the drying time. The heat used when kiln drying helps keep the wood in a consistent form, limiting warping, and removes any bugs that might still be taking up residence.

In addition to the spike in consumption, consumers began to develop higher standards in the appearance of the wood they were purchasing. They wanted wood that was smoother and better looking. This led to lumberjacks using planes to smooth out the rough-sawn surfaces of the wood. Between kiln drying, which removes the moisture causing shrinking of the wood, and planing the surfaces, the size of a 2×4 ends up smaller than it started out.

Softwood lumber comes from conifer trees, such as pines, redwood, Douglas-fir, and cypresses. When softwood is cut into lumber, then dried and planed it typically loses ¼ inch from each side. So, what started out as a 2×4 ends up being 1 ½ inches thick x 3 ½ inches wide, and a 1×6 is actually ¾ inches thick x 5 ½ inches wide.

Shrinkage is more prominent across the grain, laterally, than against the grain, longitudinally, so the nominal length of a board is very close to the actual length of the board. When you purchase an 8 foot 2×4, you will get an 8 foot 1 ½ x 3 ½ board.

Hardwood lumber comes from deciduous trees such as beach, mahogany, maple and oak. The sizing on hardwood is more difficult than on softwood. Hardwood is measured in two ways; in a unit of volume know as the board foot or in a unit of measure referred to as quarters. The actual size of hardwood varies also, depending on how many sides the board has been surfaced. This will be denoted as S1S, surfaced on one side, or S2S, surfaced on two sides. Boards that have been surfaced on two side will be smaller than boards that have been surfaced on only one side. Also, like softwood the nominal length is basically the actual length because of the longitudinal cut.

A board foot is 144 cubic inches. A board that is 1 inch thick and 12 inches wide equals 1 board foot. To figure a board foot use the following formula:

Typically buying lumber from a sawmill is a completely different process than picking it up at your local big box hardware store. There’s a few things you need to know before arriving at a mill. Though it can seem intimidating at first, it’s really not bad.

In addition, buying directly from a mill can save you a significant amount of money and give you more flexibility in getting exactly what you want. If you are interested in purchasing from a mill, check out the article I wrote call “How to purchase lumber from a sawmill and save money.”

When using quarters to measure hardwood, each quarter is ¼ inch thick. For example, a piece of hardwood that measures 5/4 means that it is approximately 1 ¼ inch thick.

These measurements are approximate. If you are needing a piece of hardwood that is exactly 1 inch thick, you might want to get a 5/4 and use a planer to mill it to 1 inch instead of taking a chance on a 4/4 being exactly 1 inch.

Typically, plywood is sold in 4 foot or 8 foot pieces with a nominal thickness of ½ inch or ¾ inch. The actual thickness of plywood is slightly smaller than the nominal name with the ½ inch actually measuring 15/32 and the ¾ inch measuring 23/32. Most builders find that the variances in these thicknesses are not enough to make a difference, but you still need to be aware of them.

If you are a crafter or a commercial builder, understanding the measurements of the wood you are working with can make a difference. When you buy a board expecting it to be the size it is called and begin using it, your calculations can become wrong in a hurry. Knowing the actual size of a piece of lumber as opposed to its nominal size can save time and money down the line.

Fortunately, the shrinkage of wood during the drying process is easy to calculate and is surprisingly very consistent. The table below shows the differences between the nominal and actual sizes of the most common sizes of wood.

Home Depot and Menards, both large chain lumber stores, had a lawsuit brought against them for deceiving shoppers about the size of their 4×4 boards. The lawsuit claimed that the lumber labeled 4×4 did not measure 4 inches by 4 inches, but actually measured 3 ½ inches by 3 ½ inches. The lawsuit was dismissed stating that while the lumber is labeled 4×4 it does not state any unit of measure in that label and although it might be confusing, it was not criminal. The judge stated that labeling lumber by its nominal size rather than its actual size is a common industry practice.

While the plaintiffs thought they had a legitimate argument, the legal system did not agree. This nominal labeling has been used for many years and is the common practice within the lumber industry.

1924 was the first year that the national government imposed a national size standard on lumber. Until this time, each state had it own standards and lumber sizes would vary from state to state. This national standard has been amended many times and now when you purchase lumber, no matter where in the country it was milled, it is all the same regulated size. The nominal labeling continues to be based on the size of the wood as it is when originally sawn from the logs.

It appears that most lumber worldwide is based on the imperial measuring system as opposed to the metric measuring system, although some places and industries do convert the measurements to metric.

Some believe the wide use of the imperial system stems from the fact that the majority of lumber is milled and/or used in the United States. Others feel that the imperial unit of measurements are easier to do quick calculations with since a foot is easily divisible by halves, thirds and fourths. The rough-sawn imperial measurements remain as the nominal measurements that are recognizable basically worldwide.

In order to avoid making costly mistakes when using lumber for crafting or building, it is important to understand the measurements of the wood you are working with. The main thing to know is that the nominal size and the actual size differ. Before you buy your materials, plan out what you will need based on actual sizes and your project will begin on the right track.

When Did Lumber Dimensions Change From Actual To Nominal? The move from actual size to nominal sizes wasn’t not an instant industry change that took place overnight. Rather, it was something that changed over time. It’s estimated that this transition occurred in the early 1900’s when demand for lumber was starting to increase. It wasn’t until after WWII that the lumber industry began to adopt policies to standardize their practices.

What Are The Common European Wood Sizes? Surprisingly, wood sizes in Europe are the same the common sizes that you will find in the United States. The only difference is that their sizes are going to be displayed in millimeters (mm) as opposed to inches like in the US.